Paul heads the Commercialization Team at the Entrepreneurs’ Center (EC), aiding companies both locally and nationally in their engagement with the Air Force Research Laboratory, which leads the discovery, development, and delivery of warfighting technologies and transitions them out of the lab and into service. He also leads several aspects of the Entrepreneurial Services Provider (ESP) Program.

Prior to joining the EC, Paul was the Director of Commercialization and Entrepreneurship at Wright State Research Institute (WSRI, now Parallax), where he led efforts under the ESP program and directed day-to-day operations of the Ohio Federal Research Network (OFRN), a $42 million program designed to solve federal research needs by leveraging Ohio university capabilities alongside industry applications.

Previously, Paul managed Ohio Third Frontier (OTF) programs for the State of Ohio. During 2016-2017, nearly all OTF programs were under his direction, including ESP, the Pre-Seed Fund Capitalization Program, and the Technology Validation and Start-up Fund (TVSF), which he directly managed from 2013 to 2016. During his tenure, it was the most efficient OTF program with the highest job-to-grant dollar ratio as well as the highest leverage ratio of follow-on dollars vs. grant dollars awarded. Paul managed ten rounds of the TVSF program, during which time hundreds of early-stage companies were assessed with more than 50 small grant investments made into businesses.

Paul’s involvement with OTF extends further. From 2008 to 2013, as a study director with the National Academies, he led the assessment of proposals submitted to several OTF programs. These assessments resulted in the allocation of more than $250 million into various projects, all focused on commercialization of new innovations in emerging and high-tech fields. While with the National Academies, Paul also ran numerous policy studies for Congress and NASA focusing on a range of topics including the national air space, orbital debris, and near-Earth objects.

He is a resident of the Dayton area. 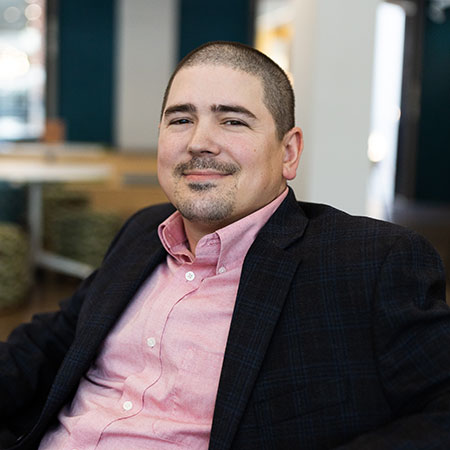 What inspires you most about entrepreneurship?